Jamie Press
You are here: / Gaming / News /
Focus Home Interactive have released five brand new final screenshots for Bound by Flame before its release next week.
May 03, 2014 roob.la/31197

The final set of screenshots for Bound by Flame have been released.

With just under a week to go before the game launches, its publisher, Focus Home Interactive, yesterday released 5 brand new screenshots, shown below, showing a glimpse of the game’s characters.

Included is Sybil, the young mage, who can use her special skills to heal you during combat. Randval The Warrior, who excels at hand-to-hand combat and can be used to divert attention away from you. Rhelmar The Elf, an expert in ranged combat who can assist you in taking down your enemies whilst you make a run. Edwen, a witch able to defeat enemies at long range with magic spells as well as taking control of an enemies’ mind to and turn it against his own army. And finally, Mathras, a “no ordinary undead” who is perfected in the art of swordsmanship and melee combat.

In Bound by Flame, developed by Spiders Games, you play as a mercenary possessed by a flame demon. During the course of the game, players must choose between the demonic power within you, and your humanity. Should you choose the latter, you must repel the demonic influence and develop truly heroic skills.

Players will also be able to customise their character, including its gender and facial characteristics, and includes a special “crafting” system which enables players to create or improve their equipment such as their armour and weapons. 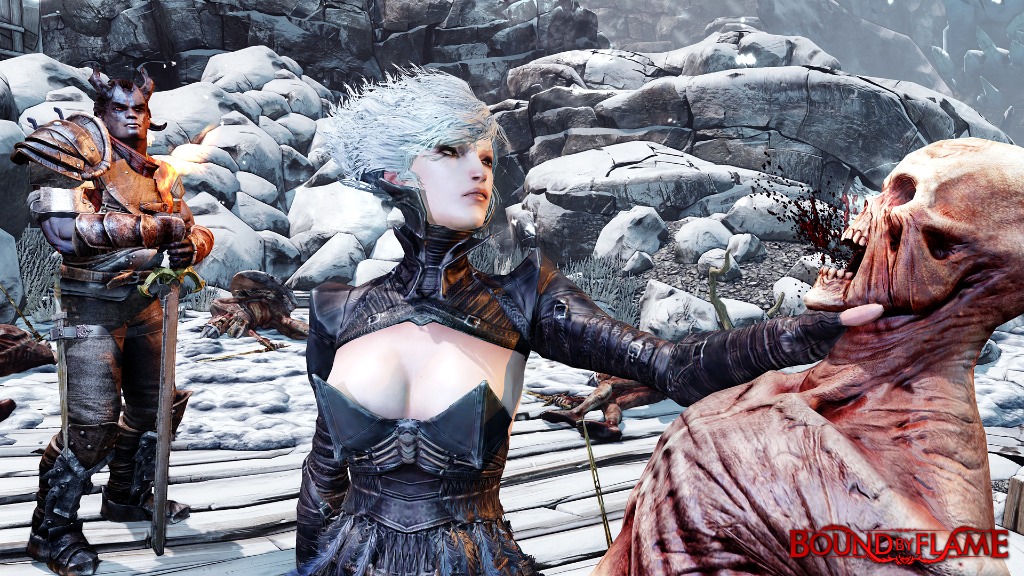 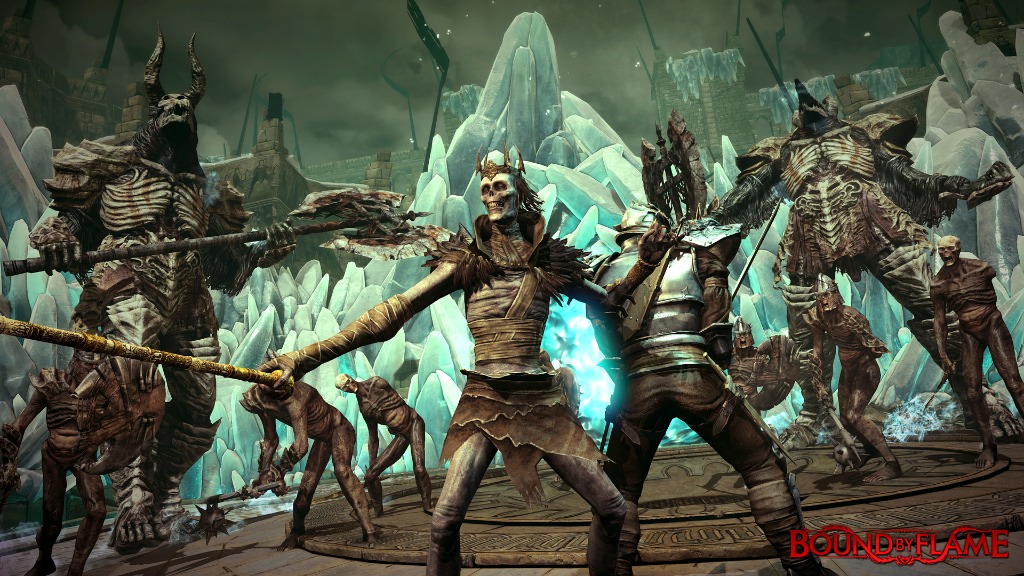