A new trailer has been released for the British thriller 6 Days starring Jamie Bell, Mark Strong and Abbie Cornish along with a quad poster.

Shot on location in Knightsbridge, the screenplay was written by Glenn Standring using extensive research and interviews with those who played a key part throughout the siege.

Check out the new trailer above and the poster below. 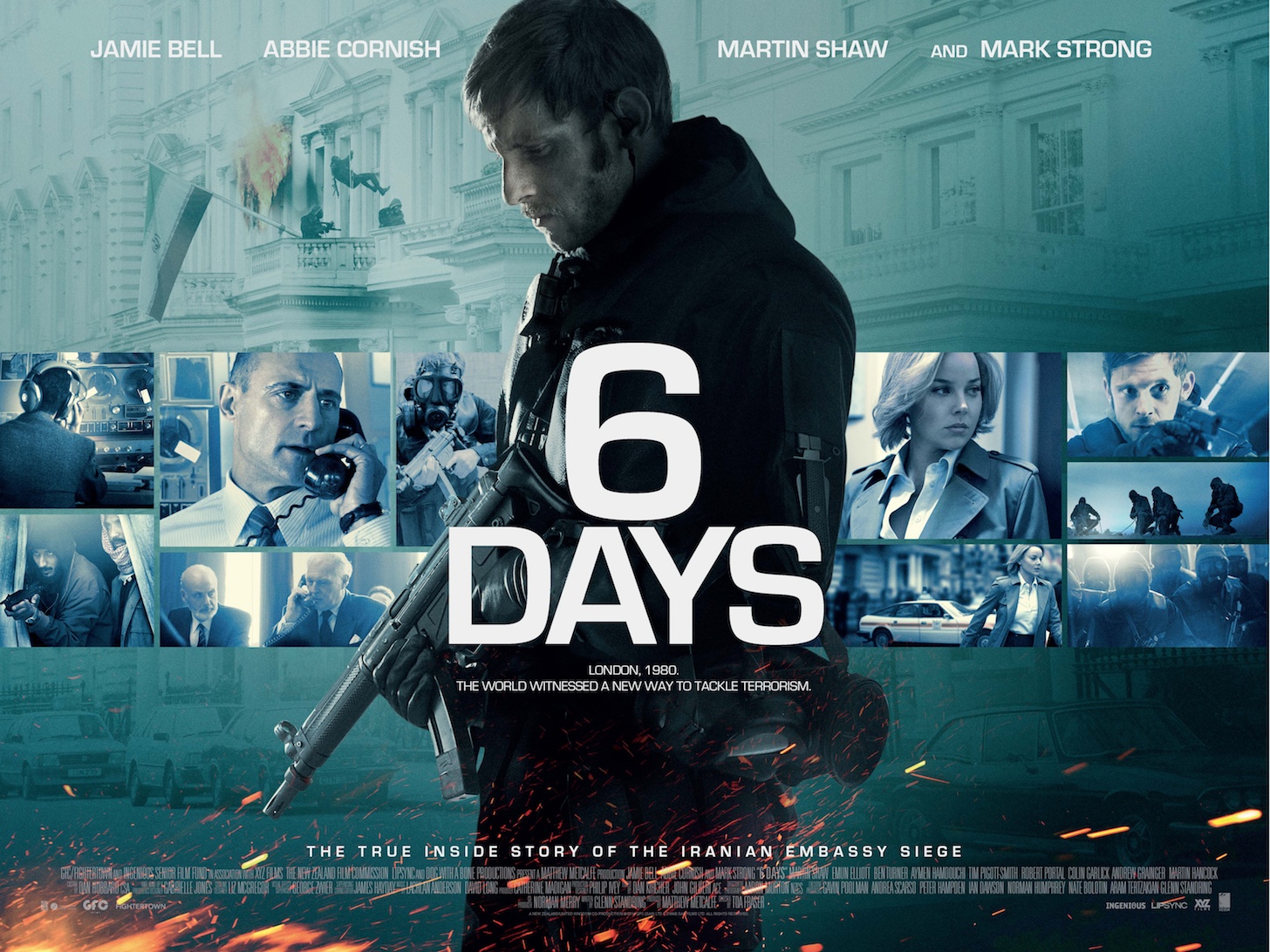 Up next in movies

The Last Full Measure (2019) review: Fantastic acting all round ensures this true life tale of sacrifice gets the respect it deserves