The rights for Laini Taylor's novel Daughter of Smoke and Bone has been obtained by Universal Pictures - watch the trailer here.
Jul 03, 2012
Subscribe

Film rights have been bought by Universal Pictures after a hotly 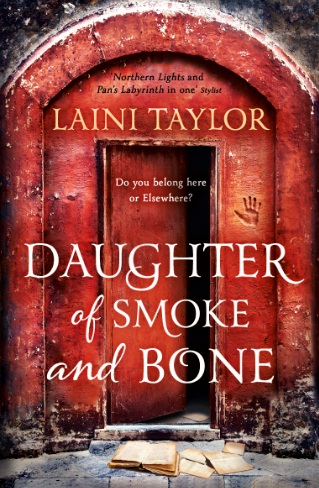 contested auction for Laini Taylor’s Daughters of Smoke and Bone. Released 5th July 2012, the novel is available to read now. Watch the trailer for the book below the official synopsis…

SYNOPSIS
Meet Karou. For seventeen years she has successfully managed to keep her two lives in balance. On the one hand, she is an art student in Prague; on the other, errand-girl to an inhuman creature who deals in wishes and is the closest thing she has to family. Her friends just think she’s kooky, but they don’t know the half of it… The beads of her necklace are no mere beads; her blue hair grows out of her head that colour; the monsters from her sketchbook are all real; and yes, those are bullet scars on her belly. The mysteries that surround Karou’s existence and have long tormented her are about to be laid bare… And the truth is more terrifying than she could have possibly imagined.

The second novel in the trilogy, Days of Blood and Starlight, will be published in November 2012.

Up next in movies

I Am Woman (2020) review: a biopic full of heart and told at a time when it is much needed