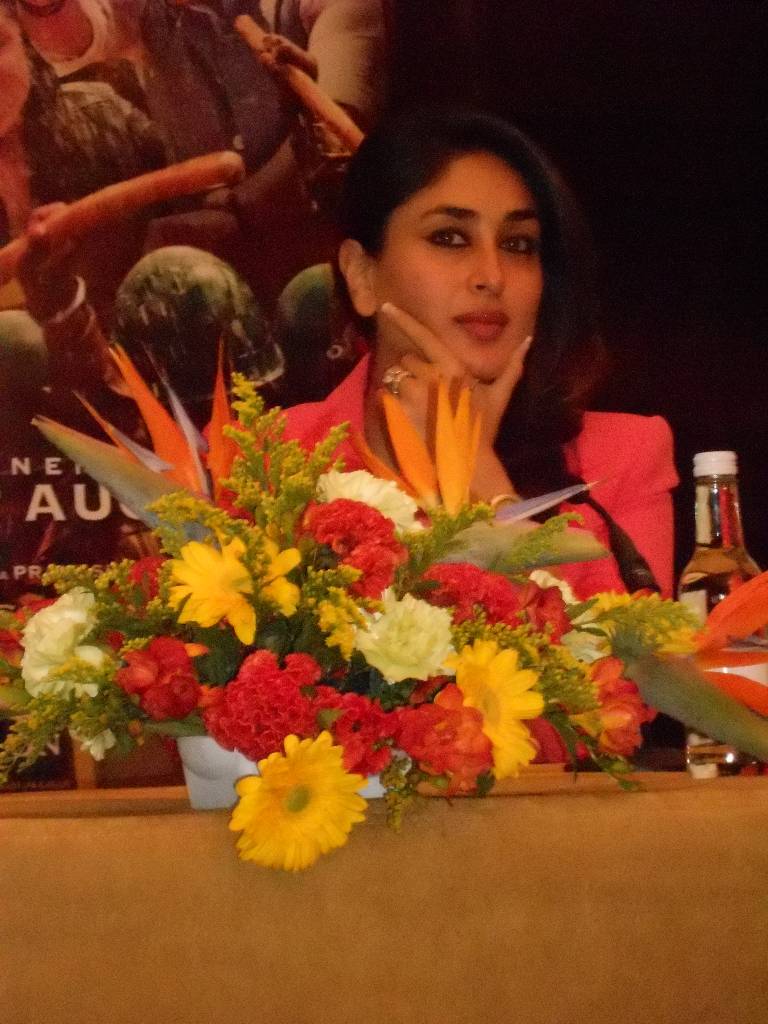 [dropcap]K[/dropcap]areena Kapoor and Ajay Devgn, who are two of the most iconic superstars in Bollywood, attended a trailer launch on Wednesday in London for their upcoming film Satyagraha. Released by UTV Motion Pictures, the film also has legendary actor Amitabh Bachchan, as well as Arjun Rampal, Manoj Bajpayee and Amrita Rao in key roles. It is a thriller based on the politics affecting modern India, and the objective of instigating radical social change within the country. The film has been co-produced and directed by renowned filmmaker Prakash Jha, who has given us many relevant films over the years, including Gangaajal (2003), Raajneeti (2010) and Chakravyuh (2012).

Following the trailer launch, Ajay and Kareena sat down to participate in a stimulating Q&A session. It was centred on everything related to Satyagraha and what it hopes to deliver when it releases in cinemas on 23rd August 2013.

Speaking about her motivation to take on a project like Satyagraha, Kareena had the following to say. “Well for me I think it was interesting because I always wanted to work with Prakashji. The role that he has offered me is a role of a journalist, which I haven’t really assayed before. It’s a very strong and sensitive character and I just couldn’t say no. And of course being part of a film which is socially very relevant right now in our country (India), I was just very honoured to be a part of that.”

Ajay was asked whether or not Satyagraha will have an impact on the audiences in India and worldwide: “I don’t know what kind of an impact it is going to have,” said Ajay. “The intention is not to have an impact. The intention is to understand and realise what the reality is. I also think international audiences who are well-connected with India will feel what is happening in our country by watching this film.”

Given that Satyagraha is a politically-oriented film, Roobla asked Kareena if any particular form of Indian philosophy or practices (such as Gandhism) will be illustrated in Satyagraha. “It’s not an illustration or documentary; it’s a movie. It will have a message and it will be dramatic and socially relevant. But we’re not kind of you know preaching or talking about philosophy or philosophers and what they actually said through this film.” 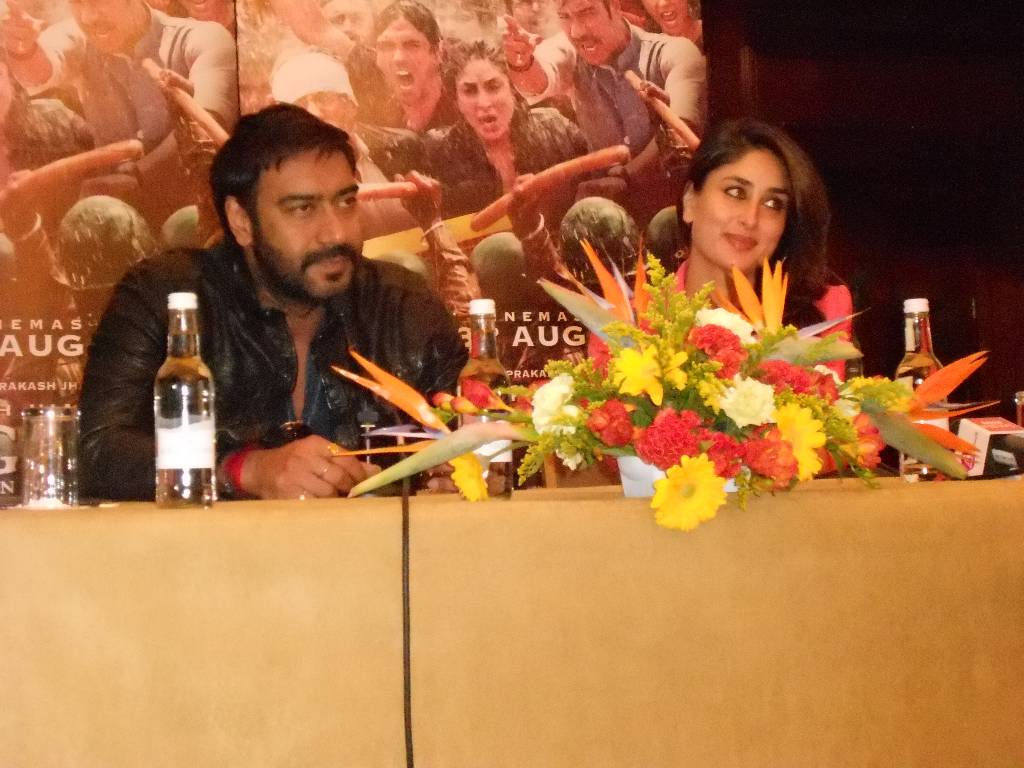 Ajay added the following when the question was directed to him also. “The bottom line is that the key message of the film is that you can’t just sit and open the newspaper in the morning and read about what’s happening. If you need to make the change, you need to make the change yourself. If you look at India 20 years back and you look at India today; it has changed a lot. And that is only because of literacy. That’s the only way change will happen and it is happening.”

You can catch this highly anticipated Bollywood film when it releases in cinemas worldwide on 23 August 2013. In the meantime, do check out the spellbinding trailer to Satyagraha, which received a very positive response at the event.

Up next in Movies